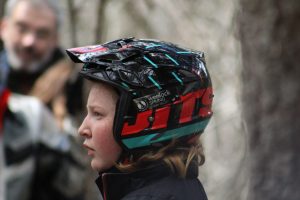 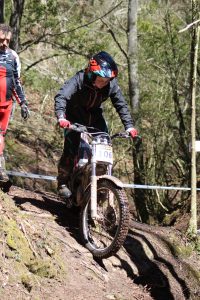 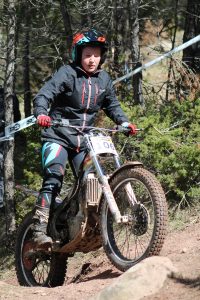 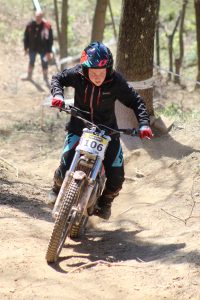 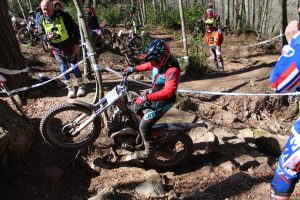 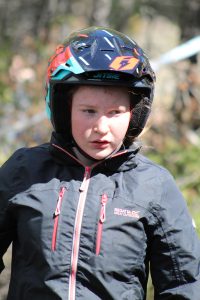 A very popular Spanish national trial is the Santigosa 3 Day trial. The event is held over the Easter Holiday weekend and is based just over 1 hours drive from Barcelona. Much like the Scottish Six Day Trial all competitors ride the same route so it’s a good chance to view young talented riders up against Championship winning riders.

Tom has ridden this trial for the past few years and last year was Alice’s first time out in Santigosa. This year however Tom had work commitments so the Minta Trials flag was being carried solely by Alice.

The classes are split by age, putting Alice in the Cadet class, this meant that she would be riding against boys aged between 13 and 15.

Alice’s riding number was 106, meaning on the first day she would leave the start ramp at just after 10:30.

Whilst the UK was struggling with cold temperatures and a mix of rain and snow in the Spanish hills the weather was drying and meant that the ground became more grippy and dusty over the three days.

The trial covers the same area on all three days but on Friday and Sunday the route is clockwise whilst Saturday is ridden anti-clockwise.

After the first day of riding Alice was 11th in the Cadet class and 130th overall not a bad start but Alice felt there was room for improvement!

On the 2nd day Alice put in some very good rides getting a round of applause from the crowd at section 23 for keeping her feet up balancing whilst saving the bike from a slippery turn. At the end of the day the good rides had moved Alice up in the overall ranks to 125th and 10th in class.

The final day Alice was towards the back of the start list leaving just before midday. This can be an advantage but in some cases can go against a rider when water is pulled on to the banks from the 200+ riders going through the section prior to Alice.

Again not happy with a couple of her rides Alice was able to save marks on tricky sections, matching or bettering riders competing in the European and World Championship categories.

Although having mixed views on some of her rider Alice enjoyed the 3 days in Spain and is already planning on riding in 2019’s Santigosa three day trial!