At the end of July Alice has two busy weekend. One was in Derbyshire for the Youth A,B,C & D trials championship then the following weekend was a double header in the Isle of Man for the Ladies & Girls Championship.

Youth Championship – For all the classes in the ACU championship this was the final round of the championship held by Mansfield Maun MCC at the well known Bracken Rocks.

Riding in the B-class, which is for riders aged between 13 & 15, this would be Alice’s final year in the class before moving up to the A-class. With this in mind the intention was to get a solid top 10 championship position before moving up.

Going into the final round Alice was sitting in 9th position and looking to cement that position. The Bracken Rocks venue has been used for years and so the type of sections were understood before arriving. This always test the riders and as the name suggest make the most of the very rocky terrain.

With many of the sections using big and tricky rock combinations it was a difficult day for Alice, finishing the day in 11th place but still keeping the 9th position overall in the championship.

Whilst the rest of the UK was having hot weather the riders were greeted with high winds and what then turned into heavy rain. The sections set out were already tricky but with the down pours the sections would become a lot harder.

Injury is not the desired way to decide a championship but in the recent years Alice has missed out on championship success due to injury so understands that although unfair it is a factor when all rounds count to the overall positions.

Alice won both days in the Isle of Man now taking the championship lead by 3 points. There is a small gap to the next round on the 19th of August where Alice will resume the championship battle in Bexleyheath. 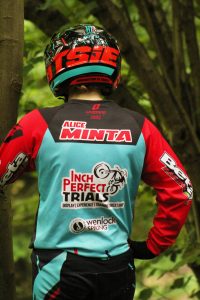 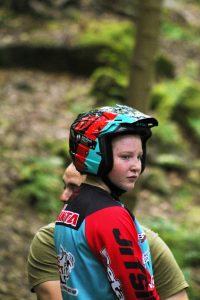 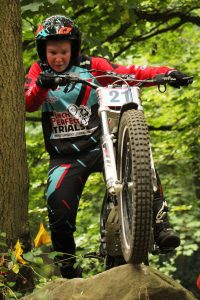